Lord Norman Foster, the architect who designed London’s Gherkin tower, has proposed a network of elevated bike paths hoisted above railway lines, allowing you to zip through London liberated from the roads.

Titled ‘SkyCycle,’ the cycling routes would follow London’s existing suburban rail services for over 136 miles, allowing cyclists to traverse the city without encountering cars or pedestrians.

“I believe that cities where you can walk or cycle rather than drive are more congenial places in which to live,” said Foster, who shares cycling as one of his great passions, particularly with friends.

“SkyCycle is a lateral approach to finding space in a congested city. By using the corridors above the suburban railways, we could create a world-class network of safe, car free cycle routes that are ideally located for commuters.”

SkyCycle would consist of a number of routes, most of which would connect with other lines at points. Each route would be able to accommodate 12,000 cyclists per hour. The network as a whole would serve almost six million people, half of whom live and work within 10 minutes of one of its 200 entrances. As the majority of London’s rail network was created in the steam era, the tracks follow the path of least resistance, avoiding steep gradients and making them ideal routes for cycling. 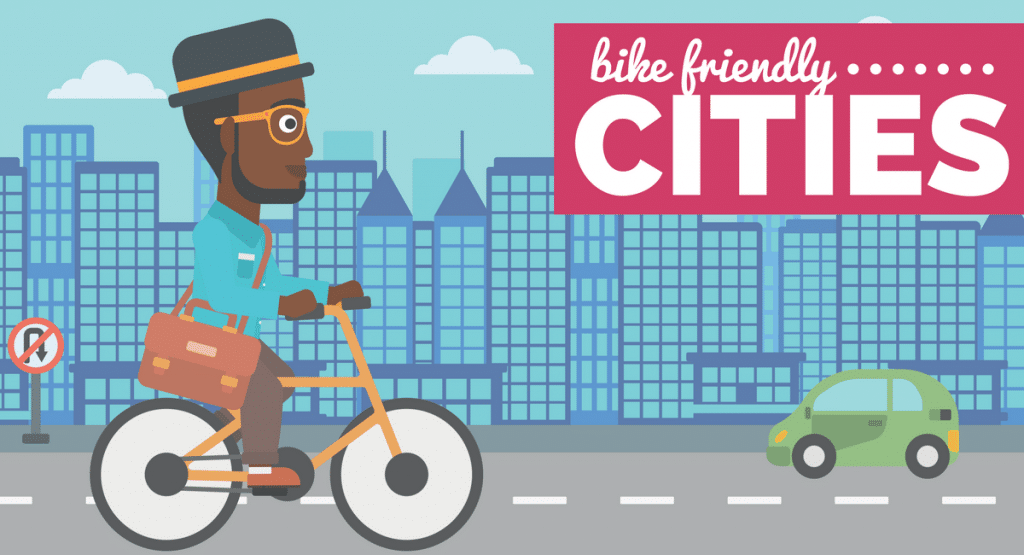 The bike-loving Danes went all-out with an 11-mile road specifically for riding and commuting. The road, built in 2012, even has air pumps along the way.

Reminiscent of the California Cycleway 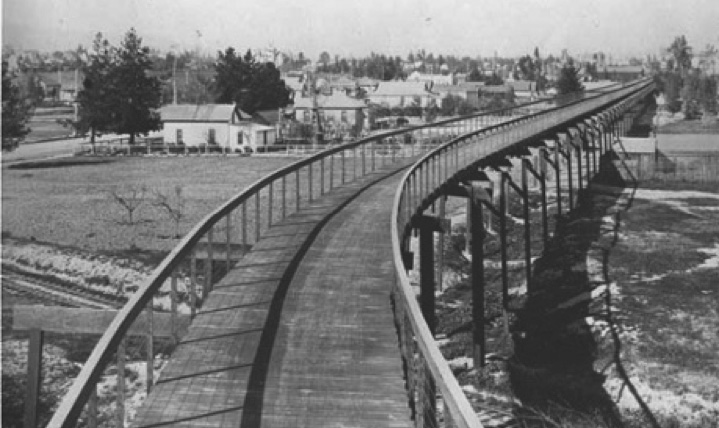 The California Cycleway, dreamt up in the 1890s, was never completed after the automobile industry took off. Photograph: Cycle Infrastructure/nai010

The project is reminiscent of the California Cycleway, dreamt up in the 1890s, which planned to connect Los Angeles and Pasadena with a very similar elevated cycle path. Despite a partial opening in 1900, the Cycleway was never completed, as commuters flocked to take the Pacific Electric Railway instead.

Cited benefits of the plan, aside from reducing cycle collisions with cars, include raising historically low values of properties situated by the railways, the possibility of on-network “cycling high streets” with shops and cafés, and the “integration of automated goods delivery networks.” For now, though, the SkyCycle design team is trying to raise money for a feasibility study that includes a four-mile route between Stratford and the Liverpool Street Station. That section alone is estimated to cost £220 million. If it works out, Foster believes SkyCycle could be a reality within two decades.

HMH Architecture + Interiors
5.0
See all reviewsWrite a review
Krista Marks
If I only had one word to describe the HMH team it would be AWESOME.We have dreamed of building a mountain home for years. HMH helped us bring that... dream to life. It is not too strong to say that we felt like they literally cared as much as they would if they were building it for themselves! Their passion, fierce talent and kindness made the process a joy and resulted in a home we adore.Thank you so much, HMH.read more
Allison Farrand
HMH designed a beautiful house for us, we could not be more pleased with the results. All the spaces in the house are well dimensioned and well... utilized, and the house has a great feel. The whole design process was easy, timely and smooth. I would recommend them in a heartbeat!read more
Biff Trout
Great architecture begins with creative talent, great relationships, and a clear focus.After searching 3 years for an architectural firm that... balanced strong aesthetics, good operational processes, & a hip/upbeat atmosphere, we were fortunate to find HMH and Harvey.Our very first custom home was worked on at a distance. Harvey was always available thru emails, phone calls, site visits, and the HOUZZ app. He kept us on track with our artistic vision, value engineering, and practical solutions. His delightful sense of humor made the learning curve painless.We only wish there were more houses to build, they would certainly be with HMH and Harvey!The Olson's.read more
Kim Smouse
HMH has unmatched expertise in modern design. We felt completely confident hiring this firm to renovate our mid century modern home. The process was... completely collaborative. As a team, they carefully considered our goals and design ideas and implemented them where appropriate. The firm was completely transparent, keeping our project and design elements within the targeted budget. HMH consistently kept our project moving within a reasonable timeframe. They effortlessly guided us from big picture design to the fine interior details. The team consulted with us regarding major structural/engineering issues. They resolved minor structural decisions behind the scenes so we could focus on the design.HMH has a high quality network of resources for our appliances and finishes. Their use of the ArchiCAD program was extremely helpful in visualizing the design. It provided us with a 3D fly- through model of the design on our personal computer during all phases of the design. Also, having an in-house interior designer who closely works with the architects was a huge bonus.Our general contractor, Ron Patryas, Live Modern, was an integral part of the overall project's success. Due to his high level of craftsmanship and knowledge of modern design he worked seamlessly with HMH.From initial introduction through completion, the process was very professional and pleasurable.Kim and Jason Smouse, Boulder COread more
Page load link
Go to Top