Harvey Hine has been selected as the recipient of the first Distinguished Alumni Award, presented by the University of Colorado ENVD Alumni Association. A member of the Class of 1978, Hine received the distinguished alumni honor at an alumni dinner on November 8, 2019.

Harvey Hine, AIA is the Founding Partner of HMH Architecture + Interiors. Since starting the practice in 1989, Mr. Hine has overseen the design of over 400 projects. His designs have been recognized by the American Institute of Architects, the American Society of Interior Designers, and the International Interior Design Association, among others.

Mr. Hine grew up in Vienna, Austria, a city deeply entrenched in culture including rich traditional and modern architecture. His heritage leads the firm’s direction by placing an emphasis on breaking away from conventional aesthetics and surpassing standard ideas. He is a leader in the field of modern buildings that emphasize utility and simplicity in design and form. Mr. Hine has made significant pro bono contributions to local architecture, including serving as Board President of the AIA Northern Colorado chapter, Board Member of the CU Art Museum, lecturing for the Boulder Historic Society, as well as leading various speaking engagements and jury panels.

Harvey is also a co-founder of Month of Modern, an annual celebration of architecture, design, lifestyle, art and culture. MoM’s mission is to cultivate a conversation about Colorado modern, and present the Boulder region as one of the nation’s most vibrant hubs of modern design. Proceeds from the events benefit CU Boulder’s American Institute of Architects (AIAS) chapter and Historic Boulder. 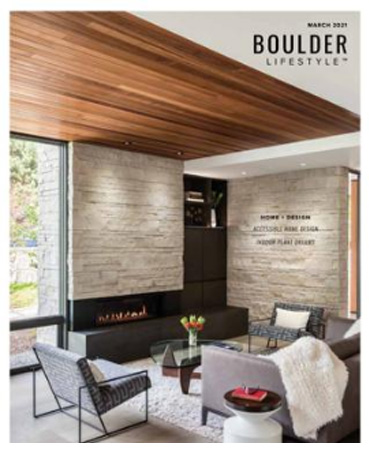